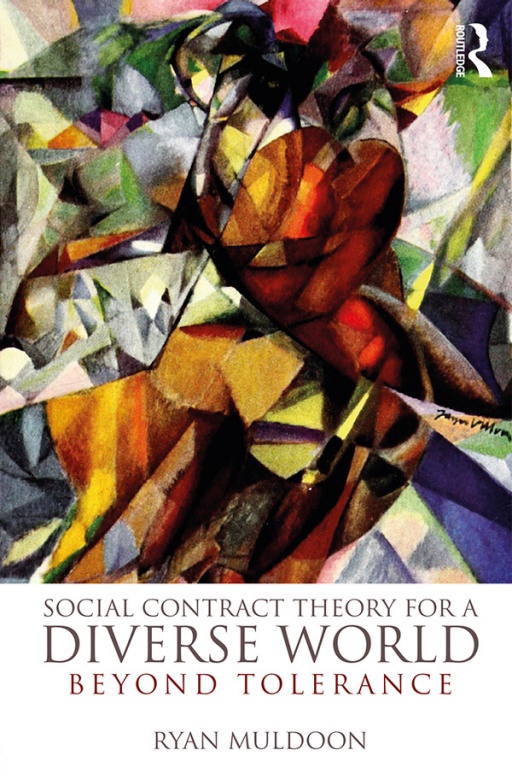 A UB Philosopher’s Book is a featured selection from an online symposium, currently underway, hosted by Syndicate. The book is “Social Contract Theory for a Diverse World: Beyond Tolerance” by Ryan Muldoon, Associate Professor of Philosophy, College of Arts and Sciences.

“Syndicate” is a space for discussion on subjects relating to the human sciences. The organizers of the site encourage scientific research and collaboration while opening a window on this exchange to anyone interested in following the discussion.

For each symposium, a participant from a panel of four members criticizes the selection of the month each week. The author then provides an answer. A back-and-forth discussion takes place among scholars while the public can comment and share their opinions in a separate readers section. Once the four-week cycle is complete, Syndicate will archive the exchange as part of a list of open-access titles on its website.

“I was delighted to hear that my book had been chosen,” says Muldoon, an expert in social and political philosophy. “It is an exciting opportunity to explore the topics presented in the book and to receive feedback from other researchers that could guide my next steps in this line of research.”

Muldoon’s book is a work of political philosophy that offers an interesting departure from conventional thinking about social contracts, theories that center concepts of morality and justice in ways generally accepted by members of a society.

“Although the crux of social contract theory has always been how we should reconcile our competing political interests,” writes Muldoon, “I have argued that since [John] Locke, the implicit assumption was that the depth of political disagreement was not so great.

While social contract theories uphold certain principles and concepts of morality and justice, they are all creations of their time, influenced by specific issues at a particular historical moment. While the thinkers of one era addressed issues relating to ongoing civil wars, those of another era were more interested in matters arising from the succession of kings. More recent social contract theories argue that people have the capacity for impartiality that can lead to rational positions. These unique problems have inspired unique solutions that can be problematic at best and irrelevant at worst when universally applied.

Nor did historical social contracts address diversity or diverse societies.

“Different people see the world differently, and I talk about it in terms of perspectives,” says Muldoon. “This can be a deep source of disagreement. So I tried to offer a version of social contract theory that accounts for this diversity in a way that makes it a resource. Instead of offering a goal of how the world should be, I have developed a process of constant revision of the social contract as we learn more about ourselves, which takes full advantage of political disagreement as a means of experimentation and social learning.

“Perhaps we can find a better way to incorporate social learning into our understanding of justice,” he says. “In a way, this symposium is a great example of that. People have drawn my attention to a multitude of issues that have gotten me thinking about how this contribution can fit into the framework I’m trying to develop.

“It’s an exciting demonstration of the value that comes from bringing a different perspective to the issue of justice.”