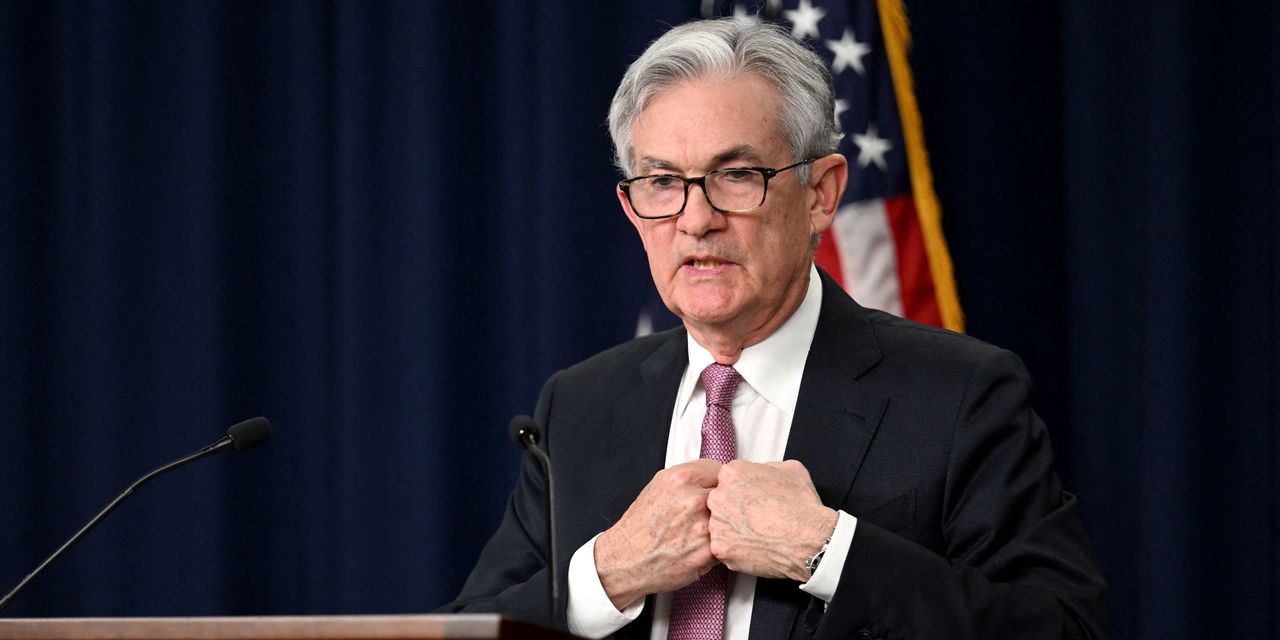 
Stocks slid as markets digested Wednesday’s big rally, which came as the Federal Reserve made the monetary policy decisions markets had been waiting for.


Nasdaq Compound
futures were down 0.8%.

On Wednesday, the S&P 500 and the Dow both rose more than 2%, posting their biggest gains since 2020, while the Nasdaq gained just over 3%. The gains landed all three indexes above their closing levels last Thursday, the eve of a pre-weekend selloff that set the stage for the Fed’s announcement rally.

“Chairman Powell said exactly what the markets needed to hear,” wrote Keith Lerner, co-chief investment officer at Truist. “He reinstated the idea that the Fed would maintain maximum flexibility rather than blindly raising rates.”

That all sounds rosy, but stocks are indeed down slightly on Thursday. Markets are still in the early stages of determining the damage that rising interest rates will do to economic growth and earnings, one of the main challenges currently facing equities.

Consistent with this, investor sentiment is weak. A survey of individual investors shows 16% of respondents are bullish on the stock market, the lowest reading since at least 2015, according to Truist.

Next on the market’s radar is the Bureau of Labor Statistics’ employment report, released on Friday. Economists expect 400,000 jobs to have been added in April, which would represent a decrease from the March result of 431,000. Any result too much above expectations could indicate that high inflation is persisting for quite some time. for the Fed to raise interest rates more aggressively than it announced this week.


Stoxx 600
rose 1.2% to catch up with Wall Street’s late-day rally. Shares were more mixed in Asia, where Hong Kong


Hang Seng Index
fell 0.4% after economic data from China revealed how severe Covid-19 lockdowns have taken a toll on the country’s economy and service sector.

In the digital asset space, Bitcoin, Ether and other cryptocurrencies consolidated gains over the past day as they rallied in stocks after the Fed news.


Ether,
the second-largest digital asset, rose 3% to top $2,900. The token that underpins the Ethereum blockchain network posted a 6% one-day gain on Wednesday, its biggest daily gain since February.

Here are four stocks in motion on Thursday:

(NIO) fell 2% and 3%, respectively, in the United States in premarket trading. They were among more than 80 U.S.-listed Chinese companies added to a Securities and Exchange Commission list for possible delisting if they do not increase transparency in their financial accounting.

(SHEL) jumped 3% in pre-market after the oil major announced an increase in its profits last quarter, generating earnings per share on an adjusted basis of $1.20, higher than the $1.11 expected by analysts.