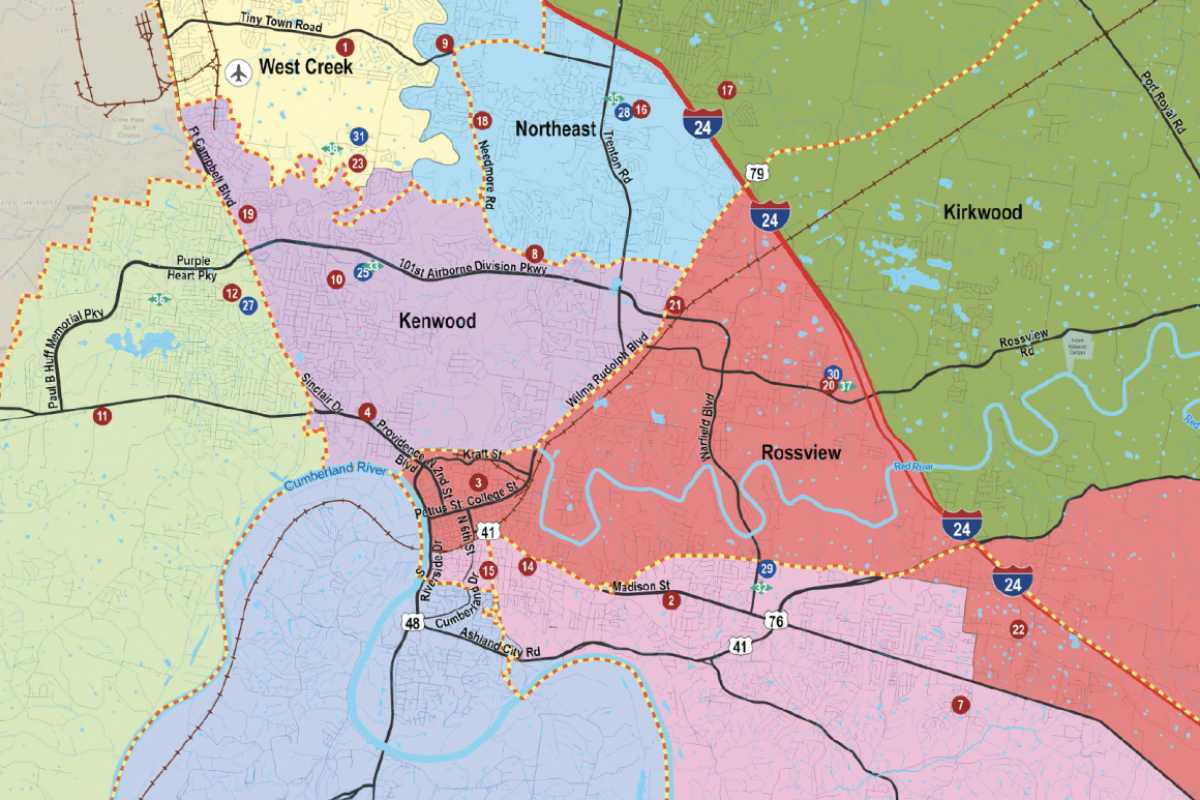 CLARKSVILLE, Tennessee (CLARKSVILLE NOW) – Parents and students got their first glimpse Tuesday night of the school’s rezoning project to make way for the Kirkwood campus.

On Tuesday evening, RSP & Associates, the consulting agency chosen by the CMCSS to advise the rezoning agency, presented a draft proposal to the Clarksville-Montgomery County School Board.

Major changes will be made to the Rossview and Northeast areas, while lighter changes have been made to the Richview Middle / Clarksville High and West Creek areas.

Here is an overview of the zones and their modifications:

Kirkwood: Includes everything east of Interstate 24 and north of Hwy 76 that originally lay in the Northeast and Rossview Districts.

Northeast : Includes everything east of Big West Fork Creek, originally in the West Creek area, while the eastern boundary ends at I-24.

Rossview: Extends border south of I-24 to Highway 41-A South to include areas of Sango and east of Sango Drive.

Clarksville / Richview: Extends the border west along the railway line to Riverside Drive. This includes the area bounded by the railroad, the Cumberland River, Hickory Grove and Greenwood Avenue.

West Creek: Will include everything west of the Big West Fork Creek area originally east of the river now included in the northeast boundary.

After the proposal’s first reading on Tuesday, the district and RSP and Associates will hold three more sessions open to the public to get comments on the first proposal.

The first two informal public sessions will be held consecutively on January 17 and 18, and Robert Schwartz, CEO of RSP and Associates, told the board that they will be hosted virtually. Schwartz said details on how to join these sessions are forthcoming.

The CMCSS Zoning Team will then meet on January 25 to review the information gathered from these two virtual sessions, after which a formal public feedback session will be held on February 1 at Rossview High. A final proposal is expected to be presented to the board at the formal meeting on February 8 for approval.

In addition to the public hearings, the district has opened an online survey where families and community members can share their comments and questions about the rezoning.

RSP & Associates provided a link to their full presentation made at Tuesday’s meeting.