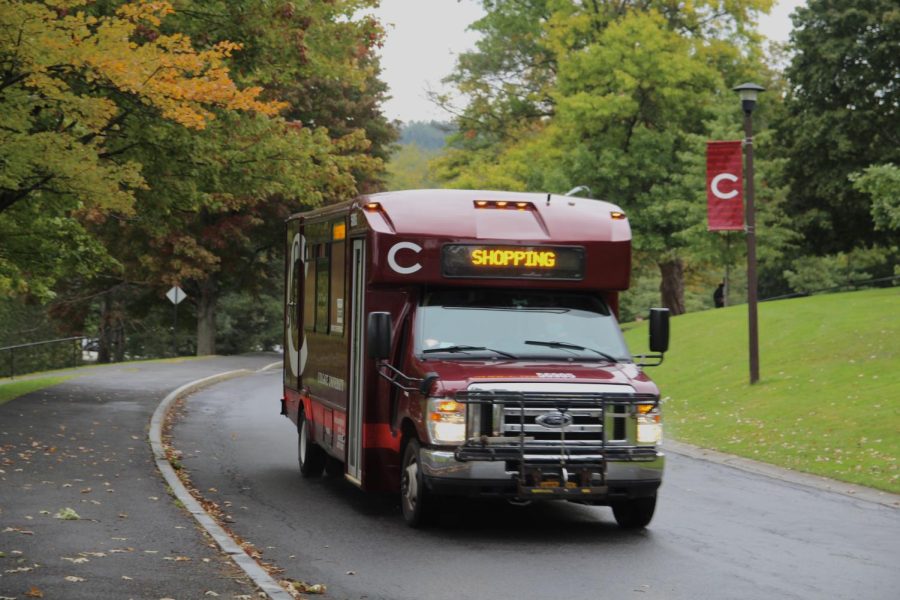 Colgate Cruiser services, operated by third-party provider First Transit, experienced staff shortages this semester. These shortages have impacted Cruiser service operations, as well as the students who use them.

Purchasing Director Molly Ogden described the causes of staff shortages within First Transit and how the Cruiser service has adapted to these changes. According to Ogden, tColgate Cruiser’s staffing shortages are the result of a national shortage of drivers with commercial driver’s licenses. With the resignation of one driver and the cases of several sick drivers in recent weeks, the impact of staffing shortages has been greater on Cruiser’s operations.

“The risks surrounding the national labor shortage have been the focus of the University’s attention throughout the academic year,” Ogden said. â€œThe challenges First Transit is facing due to the national labor shortage in conjunction with the pandemic have been consistent with the marketâ€¦Unfortunately, last week when multiple drivers were sick at once, there are had a service interruption.

The Colgate Maroon-News was in contact with a cruiser driver regarding the lack of available drivers. However, following an email from First Transit refusing interviews on behalf of its drivers, the driver subsequently refused to go and record.

“Our drivers are focused on operations and we are unable to arrange a driver interview,” First Transit responded.

In order to maintain operations in light of staffing shortages, First Transit proposed to merge the Bookstore and Day Apartment routes, which took full effect on April 4, 2022.

Staffing and hiring processes are the responsibility of First Transit, not Colgate, Ogden noted, and additionally explained the steps First Transit is taking to address staffing shortages.

â€œAs First Transit representatives communicated to us, they have been doing community outreach on local sites as well as national job boards such as Indeed,â€ Ogden said.

The TransLoc app is an extension of the cruise system and is used to show arrival times and provides a live tracking feed of cruisers in operation for all cruise itineraries. Junior Yinuo Ding discussed how staffing shortages affected his experience using Colgate Cruiser services this semester as it relates to the TransLoc app.

“You never know if it’s going to arrive on time, even if the time appears in the app, sometimes they [Cruisers] do not arrive. I don’t know why, but there are also cases where no GPS position can be found for cruisers,â€ Ding said. “I feel like that [the TransLoc app] doesn’t make sense if we can’t see the actual location of the cruiser, because we don’t know if it’s coming.

Ding also outlined what the University could do to improve the Colgate Cruiser experience on campus.

“I want better communication and a more reasonable schedule [would help] â€¦ I think it would be better if the cruisers arrived just before class â€¦ like five to ten minutes before class,â€ Ding said.

Junior Aiden Huang commented on the quality of the University’s communication to students regarding the Cruiser staffing shortage and further described his experience using the TransLoc app.

“I haven’t heard any communication from school officials, the only source of information I’ve had is from the Cruiser drivers themselves,” Huang said. â€œI used to use TransLoc the first year, but the third year it was useless. It doesn’t show anything of value, and especially in the morning it doesn’t show any cruisers on the app.

Huang also gave his thoughts on Cruiser drivers amid staffing shortages, adding “They are coping with the situation to the best of their abilities, but I don’t think that’s enough.”

In addition to merging the Bookstore and Apartment routes on April 4, the University will continue to work to communicate with First Transit as hiring procedures progress.