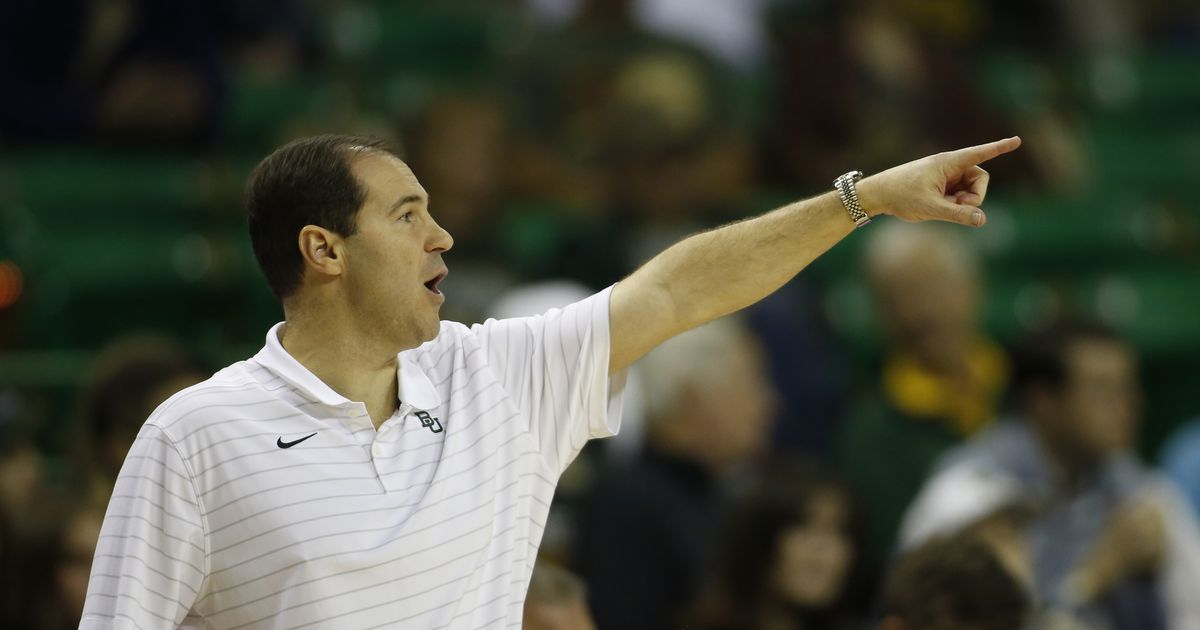 Baylor men’s basketball coach Scott Drew has put the finishing touches on one of the biggest rebuilds in college history in 2021.

Drew took Baylor from the tragedy and scandal of the Dave Bliss era at the turn of the century to an NCAA national title. In a dominating tournament performance, Baylor won every game by at least nine points, beating Gonzaga 86-70 in the national title match.

Drew recently spoke about the book, which was released by online retailers and bookstores earlier this month, recently at the recent Big 12 meetings in Scottsdale, Arizona.

What was the process of writing a book?

Drew: “Don Yeager made it extremely easy. One 11 times New York Times bestselling author from dealing with John Wooden to Walter Payton to Nick Saban to Coach K. If it was just my book it would have been a bunch of pictures and a few sentences. It was a blessing. My father [Homer] wrote a book after going to Sweet 16 [at Valparaiso]. The difference is that when he wrote this book, we still have them all in the basement. You need to have the right team around you, just like coaching. Don and his team were wonderful, as well as Harper Collins, the publisher.

What did you learn about yourself during the writing process?

Drew: “As a coach you always think about the future and you don’t have the possibility to be able to think. Many of the stories in the book come from coaches who were there when we started in 2003. Reading the memories they remember was so enjoyable, inspiring and grateful of me because unless I had a group of players talented and great staff and administration, you just can’t write a book and be successful. To relive some of those memories… Hopefully the reason the book was written was twofold. One was to honor the platform God gave us. Two were to thank the nation and the Baylor family by allowing them to see behind the scenes what happened and what happened. I hope it will be a source of motivation and inspiration for people who find themselves in difficult situations or difficult jobs. Why? Because we all go through ups and downs.

What did you think when the first book arrived in the mail and you had a chance to look at it?

Drew: I looked at the cover and thought, the airbrush was amazing, because I looked pretty good. It’s not my book, it’s our book. It’s a great story of what a lot of people managed to do in a situation that seemed difficult at the beginning and ended with the championship. All the hard work, sweat and tears that go into it.

Drew: “‘The Road to JOY’ Well, you know, it’s always the road to the Final Four. So it’s the road to JOY – Jesus, others, yourself – and just kind of keeping those priorities in life at the end of the day. Life is short and you want to reach as many people as possible. We try to be as positive as possible. I hope we inspire, motivate and help people achieve their goals and their dreams.

Were there any moments during the process that were particularly personal to you?

Drew: “When Don was telling me what some of the other coaches remembered or what some of the other players remembered. Sometimes you can impact someone without even knowing you impacted them. Then when you look back and are so grateful that you can be there in this situation. Life is a journey and there are so many people you can touch and be part of their lives. I coach because I enjoy helping others and seeing the enthusiasm of people achieving their goals and dreams. But also at Baylor, we prepare champions for life, so it’s academic and spiritual and character and athletic training. Hearing their stories is truly inspiring and motivating to keep coming and trying to do all we can to help young people. Especially in today’s society, which I think is much more difficult than what we all grew up in because everything you do is there for the world to judge and see.

What about the changes coming to the Big 12 with four new members (BYU, Cincinnati, Houston and UCF) arrive and the departure of Texas and Oklahoma?

Drew: “One thing in today’s society is that change is inevitable and it is better to accept it because everything in life is fluid. You look at all the different changes that we have gone through in the Big 12. I also look such a blessing to be able to compete with the coaches and programs that we’ve had. That’s what’s made Big 12 Basketball the best conference in the country for the last eight or nine years, analytically, because of everyone in the room. Iron sharpens iron. The great thing is with the four new members coming in, they ran the numbers. It’s still the toughest conference in the country.

Kansas coach Bill Self just said you could knock out the Jayhawks and the Big 12 would still be a great conference.

Drew: “And that’s what makes a great conference. It’s top to bottom. There is no night’s rest. This is the secret of our success with our league. I mean, it’s like a good meal. If you only have one big dish and nothing else, I mean it’s not a good meal. So I mean with us it’s everybody participating and doing their part and because of that we had one of the best NET ratings in modern history and in our conference you look at the champions consecutive nationals. But the year before because of COVID, us and Kansas who were the No. 1 seeds. The year before, Texas Tech almost won a championship. I mean you could say four years in a row maybe. I mean, just an amazing feat. Before that it was Oklahoma with Buddy Hield and Lon Krueger. So much success. You know, in the South people talk more about football, but basketball in the Big 12 has been amazing.